That history started with Elizabeth Evelyn Wright, who at 23 was only a little older than today’s Voorhees students when she came to Bamberg County. A native of Georgia, Wright had found her inspiration while studying at Booker T. Washington’s famed Tuskegee Institute. She said time at Tuskegee gave her a mission in life: being “the same type of woman as Mr. Washington was of a man.” Knowing the importance of education, she moved to Denmark and started the first of several schools in the rural area She survived threats, attacks and arson.

Wright went back to Tuskegee to finish her degree before returning to South Carolina to try again. Undeterred and envisioning a better future for blacks through education, she founded Denmark Industrial School in 1897, modeling it after Tuskegee. New Jersey philanthropist Ralph Voorhees and his wife donated $5,000 to buy the land and build the first building, allowing the school to open in 1902 with Wright as principal. It was the only high school for blacks in the area. 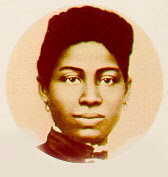 In 1924 the American Church Institutes for Negroes, which was part of the Episcopal Church, agreed to support the school. It was the beginning of a long relationship between the school and the church, an affiliation that continues today. In 1947, the school became Voorhees School and Junior College. In 1962, it was accredited as four-year Voorhees College.

The original partnership between the church and Voorhees was based on the fact that the church alone cannot nourish and strengthen people without the help of Christian institutions of learning. At the same time, the college cannot effectively guide, educate and shape young minds without the spiritual influence of the church. Those long-held values set the standard by which the college judges its teaching, scholarship and service programs today. For the church, Voorhees is both a ministry and investment, as well as a huge benefit to society.

The college strives to balance practical career training with a well-rounded background in the liberal arts. Dating back to Wright’s era, there has been debate between those who follow the philosophy of Dr. Booker T. Washington and advocated education aimed at teaching jobs skills and those who believe, as Dr. W.E.B. Dubois did, that a liberal education would help young adults develop as leaders. The Voorhees curriculum today is a mix of the two views.

In accordance with its mission statement, Voorhees students today combine intellect and faith as they prepared for professional careers. They learn to thrive in a diverse global society while pursuing life-long learning, healthy living and an abiding faith in God. They aim to improve their communities, society and themselves.